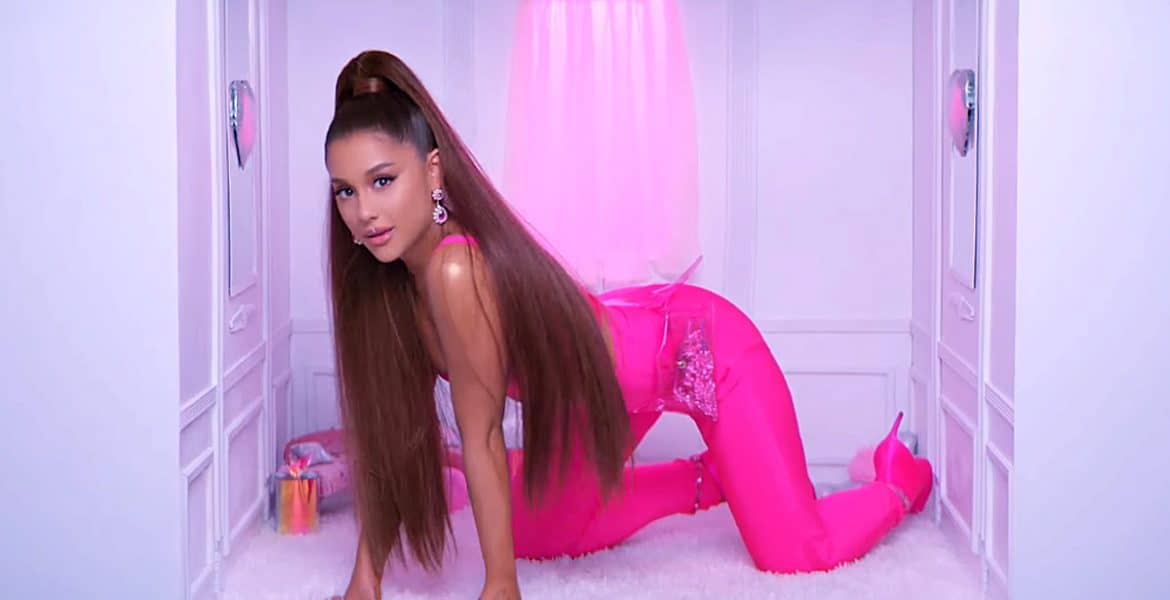 She’s small but mighty. Sassy but smart. And love her or hate her, she seriously has the voice of an angel.

This week, Ariana Grande made history by becoming the first artist to claim the No. 1,  2 and 3 spots simultaneously on the Billboard Hot 100 song chart since The Beatles did it in 1964. This feat is thanks to her most recent singles “7 rings,” “break up with your girlfriend, i’m bored,” and “thank u, next.”

If that’s not domination, I don’t know what is. I’ll officially admit that Ariana is the newest princess of pop. She is literally competing with nobody but herself for the top spots.

Aside from how to pull off a high pony, there’s a lot we can learn from Ariana, especially if you create content. Her commitment to her craft is what is earning her such record-breaking success.

Here are some Ariana-inspired takeaways that can help you make chart-topping content:

Through her music, Ariana takes us on a journey through her relationships — the good, the bad, and the ugly. Thank u, next is an entire song about her exes. Thankfully, I’m not advising you to air out your dirty laundry in a public forum, however, a story connects you to your audience. Elevate your content by personifying it with faces, imagery, and authentic details.

Leverage your own experiences.

You don’t have to do a ton of soul-searching to find your next big idea. The inspiration for your content is probably right under your nose! Rather than spending a ton of time trying to dream up what to create next, find opportunity in the little things. In 7 rings, Ariana talks about her accomplishments and relationships with her friends. You can take something from your everyday experiences and make it interesting based on how you communicate your message.

After breaking off an engagement in the public eye, Ariana easily could have taken time to wallow in her own heartbreak. Instead, she channeled her emotions to create her next bops. Her vulnerability is refreshing and relatable to her listeners. The same goes for any type of content creation. The goal isn’t to sell something — it’s to make people feel something.

Stand by your work.

Ariana sparked controversy (what else is new?) a few weeks ago for canceling her performance at the GRAMMYs. In fact, she decided not to attend at all. This reportedly was because the GRAMMYs wanted to dictate what songs she performed. Ariana felt like what work she wanted to share was HER decision. Clearly, she didn’t need the exposure. All artists should protect their right to express their creations on their terms.

So how else did Ariana get three of her songs in the top three spots? Well, she had three songs to release in the first place. Rather than getting comfortable with the success from “thank u, next,” Ariana pressed on and put out two more songs in rapid succession. I wouldn’t be surprised if she quickly debuts a fourth and fifth song and owns the top five. It’s important for content creators to consistently produce to stay relevant and top of mind.

When “7 rings” came out, I said it was the best #GirlBoss anthem since Britney’s “Work B*tch.” Some might think Ariana’s lyrics detailing her tremendous fortune and exorbitant shopping habits are pompous. I mean, she repeats “I want it, I got it” over and over. Girl, we get it.

But if you ask me, if she wants it, she earns it.

READ MORE: What Brands Could Learn From Jennifer Lopez’s Phone