Dancing With The Stars and Getting Over Your Personal Branding Fears 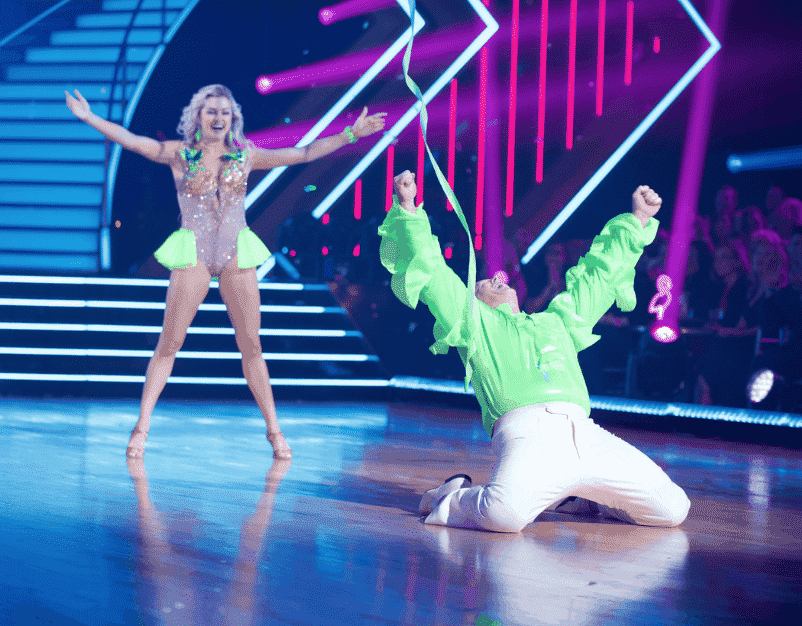 Now that The Bachelorette is over, we need to talk about Dancing With The Stars (DWTS).

I’m sure it’s no surprise that I first started watching DWTS because Nick Carter was a contestant back in 2015. Leave it to anything Backstreet-related to get me hooked. He ended up getting second place behind Bindi Irwin, who was amazing. She really deserved to win.

I feel like younger audiences haven’t yet gotten on board with DWTS yet, but let me tell you, this show is an incredible feat. Even just from production standpoint alone, I’m in awe of it.

Somehow, week to week, they create countless custom costumes for every dancer — all the sequins and glitter you can imagine. They film and edit video package interviews and compile behind-the-scene shots. They also remix songs or orchestrate them to be played and sung live on set. There are custom graphics and lighting setups for every dance, and not to mention, it’s filmed entirely live. They somehow pull this all off before showtime hits on Mondays at 8 p.m.

But all of that is just scratching the surface. All the while, the dancing pros are learning new choreography for the opening number and then choreographing their routines with their partners, and coaching them throughout the entire process.

However, the real heroes of the show are the contestants. And it turns out, there’s so much we can learn from them when it comes to building your personal brand.

These famous actors, athletes, singers, models, whoever, bravely step out of their comfort zone to put on their dancing shoes and perform in front of America on live television. FOR EVERYONE TO JUDGE. Literally, they are judged. Can you imagine anything more terrifying? It’s scary, but it demonstrates ultimate growth and vulnerability.

This week, one of this season’s contestants, James Van Der Beek, shared a clip he shot on his phone of one of the contestants, singer Lauren Alaina, just after she finished her performance. She was emotional, hugging two other contestants: Ally Brooke from Fifth Harmony and model Sailor Brinkley Cook. Lauren was in tears over what she just accomplished.

It’s a reality show. And a dance competition. And one hell of a spectacle. But when the cameras are pointed elsewhere, it’s a bunch of talented people putting themselves out there by trying something they’ve never done before in front of the whole world… and supporting each other through it. Grateful to be a part of this #DWTS cast. 💛

I just love this moment because I feel like it perfectly articulates the strength that these contestants show.

Some people joke that the show is for washed up celebrities, but that is so wrong. This show is about second chances. Even just looking at this season, you have people like:

Hannah Brown, “The Bachelorette” who got her heart broken on national television.

Or Lamar Odom, who hit rock bottom in 2015 after being discovered unconscious at a brothel in Las Vegas.

And Sean Spicer. I don’t know much about his politics, but I do know he’s faced a ton of scrutiny and now has a chance to show a different side of who he is.

Then you have Ally Brooke, who is trying to find her independence after the breakup of her girl group, Fifth Harmony.

And one contestant that has a special place in my heart is Kel Mitchell. Kel starred on Nickelodeon’s All That as well as Kenan and Kel in the late 90’s. Kenan Thompson’s career took off — he’s been a regular on Saturday Night Live for years. But for some reason, Kel didn’t find the same success after Nickelodeon. And now he’s back in the spotlight.

Dancing With The Stars and Your Personal Brand

DWTS reminds us that everyone has a story. Everyone is fighting their own battle in some way, and the only way to grow from it is to step, or dance, out of your comfort zone.

This is a huge lesson we can apply as you set out to build your personal brand online.

So many people shy away from this vulnerability in fear of what other people will think.
So they won’t share their work. They won’t write the book or start the podcast or make the YouTube video. Or they won’t reach out to someone they admire or asking if they’ll mentor them. They won’t take the class or apply for the job. They take no chances. They let life, and opportunity, pass them by.

And what’s worse, is they are withholding their gifts from the world.

Break Through Fear, Build Your Brand

No matter what your passion, strength, or expertise, you can find your audience and build your personal brand from it. You just have to overcome that fear.

This is a constant theme in Elizabeth Gilbert’s book, Big Magic: Creative Living Beyond Fear.

Here is an excerpt from the book:

How to Take Creative Risks

Here are some ways you can put yourself out there, share what you know, and add value to the world through your personal brand:

As you can see, most of these ideas center around writing and sharing content. One of my favorite authors, Seth Godin, believes that everyone should write publicly. And I couldn’t agree more.

It may sound a little cheesy, but writing and sharing your content is how you can leave your mark on the world.

So I’ll end this with a quote from Taylor Swift, who has built her career by writing songs about her experiences and sharing them with her fans.

When you write, your lessons become your legacy.

So get out there, push fear aside, and start creating your legacy.

READ MORE: Here’s what NBC’s This Is Us can teach us about brand storytelling.