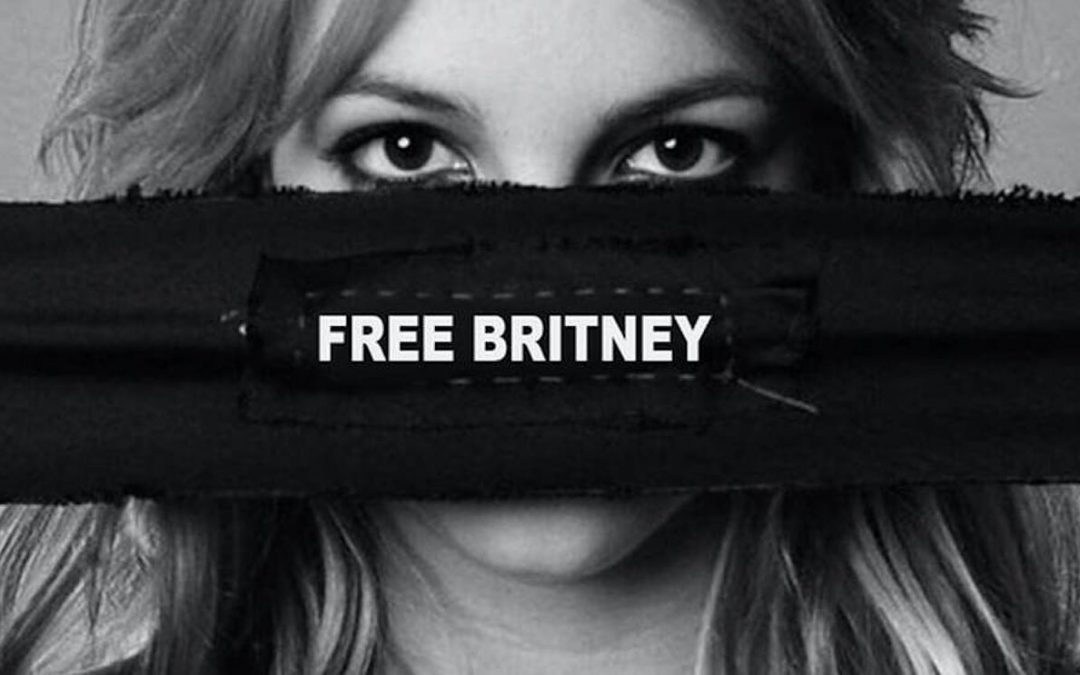 There is a right way and a wrong way for brands to newsjack, and this time, Frontier Airlines got it completely wrong.

On Saturday, the airline announced an exclusive offer allowing anyone with the first name “Britney” to enter for a chance to fly for free. The now-deleted Twitter post featured a pink graphic, along with the hashtag, #FreeBritney, with a link to a landing page to enter. 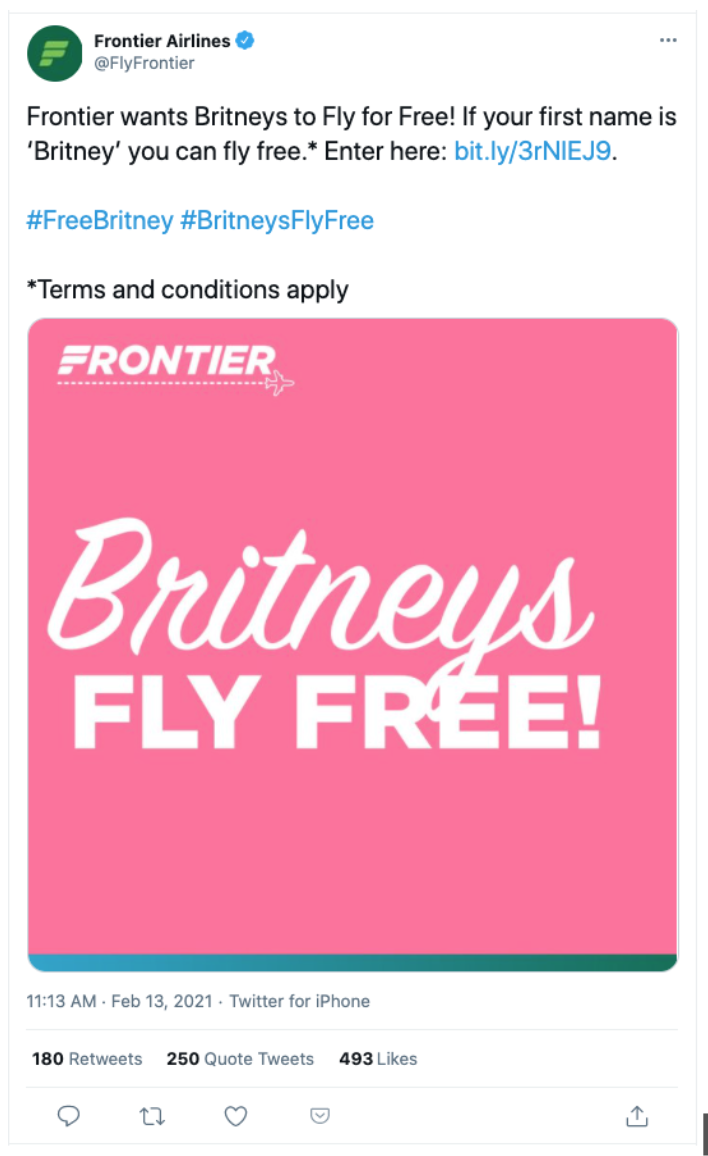 Many are criticizing the offer for being tone-deaf and exploitative considering the explosive new attention on Britney Spears and her court-sanctioned conservatorship, which restricts her from making her own decisions. The brand is being accused of trying to turn Spears’ suffering into a marketing opportunity.

This is super insensitive. Who thought this was a good idea?

how does this specifically support Britney? it is exploitative. take it from her. you want brand lift? you gotta work, bitch.

R u trying to profit from the suffering of a human being?

WTF is wrong with you!!!

This is a good example of how not to use a trending conversation to promote your brand.

Social media team needs to delete this post and rethink its entire strategy. This is low.

Spears has been under a conservatorship since 2008, but the details of her case are being brought to light due to a fan-led campaign called the #FreeBritney movement and a new documentary produced by The New York Times entitled Framing Britney Spears.

Conservatorships are typically reserved for those who are mentally or physically unable to manage their affairs, but those close to Spears claim she is very capable. While under this arrangement, managed by her estranged father, Spears has released several albums, embarked on world tours, completed a successful Las Vegas residency, and launched many brands.

Spears’ career took off in the late 1990s and early 2000s before the social media boom. At the time, her music was primarily promoted with traditional media including radio, magazine, and television interviews. The documentary shows how Spears became a target for the paparazzi and tabloid culture, and examines the media’s misogynistic narrative surrounding her career and decisions.

Since the documentary’s release on February 5th, there has been an outpouring of support from fans, celebrities, and countless media outlets advocating for the 39-year-old’s freedom. According to Billboard, Framing Britney Spears has driven over 1 million tweets since its premiere, with more than 220,000 tweets containing the #FreeBritney hashtag.

This trending conversation has put pressure on public figures who have seemingly leveraged Spears’ fame and vulnerability for personal gain. Spears ex-boyfriend, Justin Timberlake, recently released an apology on Instagram after fans called him out for using their high-profile relationship to boost album sales and further his career.

The public’s overwhelming response in support of the #FreeBritney movement makes Frontier Airlines’ promotion even more insensitive. The eye-opening documentary illustrated that Spears’ mental health suffered due to others trying to capitalize on her lowest points. While the rest of the world is apologizing for these actions, Frontier Airlines is perpetuating the media’s shameful habit of exploiting Britney Spears to promote their own brand. These toxic agendas are what led to her downfall in the first place.